BECAUSE we all share a deep connection, not to just our shared heritage as southerners. But to our seance that we are family - not one by blood, but one that was forged in the fires of battle; no matter your age, background, ethnicity, religion, or even preference. ​​We believe in & emulate the virtues of the southern soldier - honor, integrity, righteousness, faith, and freedom. Our organization is patriotic and benevolent; many of our camp members are veterans or active-duty members of the U.S. Armed Forces that served in the Vietnam era to the War on Terrorism era.

BECAUSE we know the true history of the War of the Northern Aggression (1861-1865) was not fought over slavery. Our ancestors believed in their cause to stand up for their personal rights and the rights of their States' to an over-inflated and tyrannical federal government. President Lincoln effectively instituted Tariffs on the trading of goods in the southern states, essentially taxation without representation. Even the Crittenden–Johnson Resolution of July 25, 1861, stated the war was fought not for "overthrowing or interfering with the rights or established institutions of those States," but to "defend and maintain the supremacy of the Constitution and to preserve the Union."

As part of our primary mission and fulfillment to the Charge, we have a traveling exhibit and education program for the general public and local schools that consist of replica artifacts, firearms, uniforms, bladed weapons, uniforms, a soldiers tent, and even a fully functional light artillery cannon.

BECAUSE​ we give back and support our community in the greater San Antonio area and offer our members a variety of programs to participate in. Our camp is a proud partner in the Texas Department of Public Safty's - Adopt-a-Highway program; we have donated over 350 toys in the past three years to the SAPD's Blue Satna, and have donated hundreds of stuffed animals to the Bexar Co. Sheriff's Office for children that are victims of domestic & special crimes. We participate in over twenty different parades and festivals threw out the year - including the Poteet Strawbery Festival, the Boerne Burgesfest Parade, and the Pleasanton Merry on Main Street Christmas Parade. 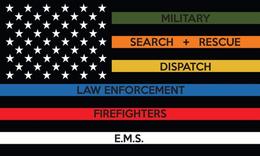 "Facts do not cease to exist because they are ignored."

WHY BECOME A MEMBER?