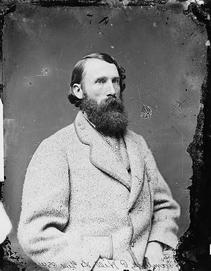 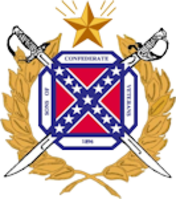 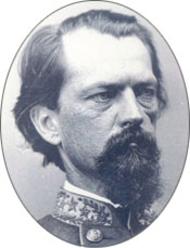 "We feel that our cause is just and holy; we protest solemnly in the face of mankind that we desire peace at any sacrifice save that of honor and independence; we ask no conquest, no aggrandizement, no concession of any kind from the States with which we were lately confederated; all we ask is to be let alone; that those who never held power over us shall not now attempt our subjugation by arms."

"All that the South has ever desired was the Union as established by our forefathers should be preserved and that the government as originally organized should be administered in purity and truth."

"Governor, if I had foreseen the use these people desired to make of their victory, there would have been no surrender at Appomattox, no, sir, not by me. Had I seen these results of subjugation, I would have preferred to die at Appomattox with my brave men, my sword in this right hand."

"Remember the precious stake involved; remember the dependence of your mothers, your wives, your sisters, and your children on the result; remember the fair, broad, abounding land, the happy homes, and the ties that would be desolated by your defeat."

"I am inclined to think that General Joe Johnston was the ablest and most accomplished man that the Confederate armies ever produced. He never had the opportunity accorded to others, but he showed wonderful power as a tactician and a commander. I do not think that we had his equal for handling an army and conducting a campaign"

General G. T. Beauregard ( Pierre Gustave Toutant Beauregard )  after helping engineer victory at the First Battle of Manassas on July 21, 1861, one of the Confederacy's first war heroes. Raised in an aristocratic French home in New Orleans, Louisiana, Beauregard graduated from West Point and served in the Mexican War (1846–1848) before becoming the Confederacy's first brigadier general and later a full general. He commanded Confederate and South Carolina troops at Charleston Harbor in April 1861, forcing the surrender of Fort Sumter, and, with Joseph E. Johnston, routed Irvin McDowell at Manassas in July. Beauregard's Napoleonic pretensions did not suit the temperament of Confederate president Jefferson Davis, however, and the two quarreled for much of the war and postwar.

"I can assure you, that the gallant hearts that throb beneath its sacred folds, will only be content when this glorious banner is planted first and foremost in the coming struggle for our independence."

"General, unless he offers us honorable terms, come back and let us fight it out!"

--- James Longstreet, to Robert E. Lee, as he rode off to discuss terms for surrender with General Grant at Appomattox.

"Captain, my religious belief teaches me to feel as safe in battle as in bed. God has fixed the time for my death. I do not concern myself about that, but to be always ready, no matter when it may overtake me. That is the way all men should live, and then all would be equally brave."

"The Army of Northern Virginia was never defeated. It merely wore itself out whipping the enemy."

"Major, we haven't taken Washington, but we scared Abe Lincoln like hell."

--- Jubal A. Early to one of his officers after withdrawing from the outskirts of Washington, D.C., near Fort Stevens.

"Honest and outspoken, honorable and uncompromising, Jubal A. Early epitomized much that was the Southern Confederacy. His self-reliance, courage, sagacity, and devotion to the cause brought confidence then just as it inspires reverence now."

--- James I. Robertson, Jr., Alumni Distinguished Professor of History, Virginia Tech; Member of the Board, Jubal A. Early Preservation Trust.

As Richard S. Ewell rode into Gettysburg with John B. Gordon at his side in 1863, Ewell reeled in his saddle immediately after the ominous sound of a bullet hitting home. Anxiously, Gordon asked, "Are you hurt, sir?" General Ewell replied unconcernedly, "No, no, it doesn't hurt a bit to be shot in a wooden leg!"

"Damn you, if you will not follow me, I'll die alone!"

"Next to these two officers, [Longstreet and Jackson], I consider General A.P. Hill the best commander with me. He fights his troops well and takes good care of them."

"I have never, on the field of battle, sent you where I was unwilling to go myself; nor would I now advise you to a course which I felt unwilling to pursue. You have been good soldiers, you can be good citizens."

--- Nathan Bedford Forrest, in his farewell address to his troops at Gainesville, Alabama, May 9, 1865.

"I loved the old government in 1861. I loved the old Constitution yet. I think it is the best government in the world if administered as it was before the war. I do not hate it; I am opposing now only the radical revolutionists who are trying to destroy it. I believe that party to be composed, as I know it is in Tennessee, of the worst men on Gods earth-men who would not hesitate at no crime, and who have only one object in view-to enrich themselves."

--- Nathan Bedford Forrest, in an interview shortly after the war.

"To you, Sons of Confederate Veterans, we will commit the vindication of the cause for which we fought. To your strength will be given the defense of the Confederate soldier's good name, the guardianship of his history, the emulation of his virtues, the perpetuation of those principles which he loved and which you love also, and those ideals which made him glorious and which you also cherish. Remember, it is your duty to see that the true history of the South is presented to future generations."

"The field had been completely swept, and the foe driven back to the river under the shelter of the fire from his gunboats. It needed only the inspiring presence and skillful hand of the master- spirit that had raised and guided the storm of battle to press the enemy to surrender, and thus put the finishing stroke to one of the most brilliant victories of which the annals of war contain a record. But alas! that master-spirit was no more of the earth. In the very moment of victory, the battle, and with it seemingly the Confederate cause, was lost."

--- Brigadier General Alexander P. Stewart, remarking upon the death of General Albert Sidney Johnston at the Battle of Shiloh

"You have no right to ask, or expect that she will at once profess unbounded love to that Union from which for four years she tried to escape at the cost of her best blood and all her treasure. Nor can you believe her to be so unutterably hypocritical, so base, as to declare that the flag of the Union has already surpassed in her heart the place which has so long been sacred to the 'Southern Cross.' "

"I desire my children to be educated south of the Mason Dixon line and always to retain right of domicile in the Confederate States."

"Every man should endeavor to understand the meaning of subjugation before it is too late... It means the history of this heroic struggle will be written by the enemy; that our youth will be trained by Northern schoolteachers; will learn from Northern school books their version of the war; will be impressed by the influences of history and education to regard our gallant dead as traitors, and our maimed veterans as fit objects for derision... It is said slavery is all we are fighting for, and if we give it up we give up all. Even if this were true, which we deny, slavery is not all our enemies are fighting for. It is merely the pretense to establish sectional superiority and a more centralized form of government, and to deprive us of our rights and liberties."

--- Maj. General Patrick R. Cleburne, CSA, January 1864, writing on what would happen if the Confederacy were to be defeated.

"If this cause, that is dear to my heart, is doomed to fail, I pray heaven may let me fall with it, while my face is toward the enemy and my arm battling for that which I know is right."

--- Major General Patrick R. Cleburne before his fatal wound at the battle of Franklin, Tennessee.

"As for the South, it is enough to say that perhaps eighty percent. of her armies were neither slave-holders nor had the remotest interest in the institution. No other proof, however, is needed than the undeniable fact that at any period of the war from its beginning to near its close the South could have saved slavery by simply laying down its arms and returning to the Union."     --- Major General John B. Gordon, from his book, Causes of the Civil War.

A relative of many prominent South Carolinians, States Rights Gist, named for his father's political beliefs, was a lawyer, a militia general in South Carolina, and a brigadier general in the Confederate Army. He rose rapidly to fame during the War for Southern Independence, having participated in battles at Chickamauga, Chattanooga and in the Atlanta Campaign. He was killed in the Battle of Franklin on 30 November 1864 while serving in the Army of Tennessee under John Bell Hood. States Rights Gist is buried in Trinity Episcopal churchyard, Columbia, South Carolina.

"Boys, stick to your colors."     --- Brigadier General "Tige" Anderson, yelled back to his men at Malvern Hill as he headed up the hill toward the blazing Federal line.

"I call upon my God to judge me, he knows that I love my friends and above all others my wife and children, the opinion of the world to contrary notwithstanding."

"Our poor country has fallen prey to the conqueror. The noblest cause ever defended by the sword is lost. The noble dead that sleeps in their shallow though honored graves are far more fortunate than their survivors. I thought I had sounded the most profound depth of human feeling, but this is the bitterest hour of my life."

--- Col. John Singleton Mosby, the Gray Ghost of the Confederacy

"I want my body taken up and laid in the dust around old Sweetwater and I want a tombstone put at my head with my name and my company and regiment, the day I enlisted and the name and date of the battles I have ever been in."

"I would die a thousand deaths before I would betray a friend."     --- Sam Davis, to his Union captors, when asked to betray his compatriots, before being hanged. 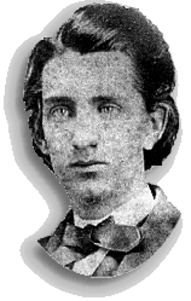 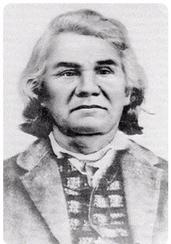 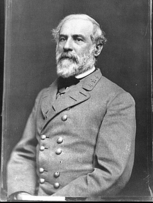 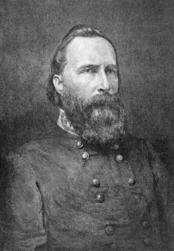 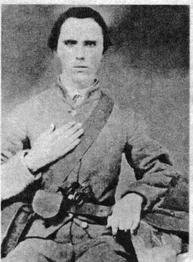 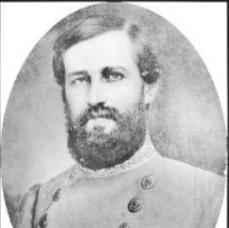 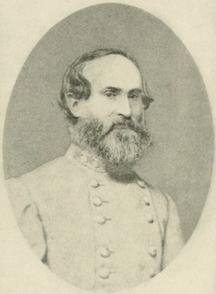 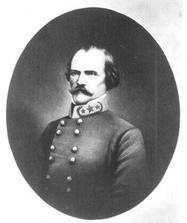 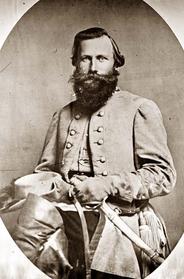 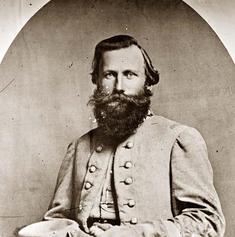 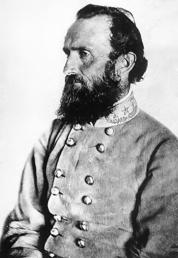 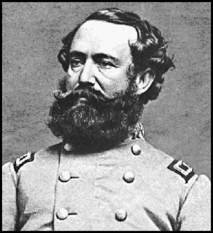 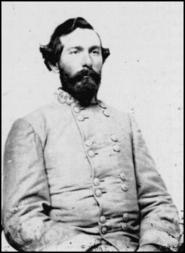 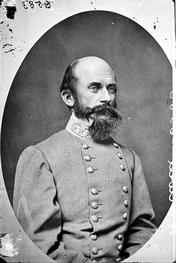 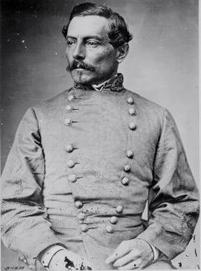 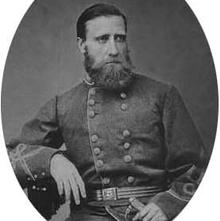 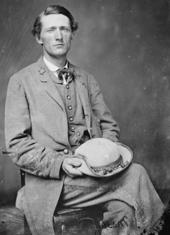 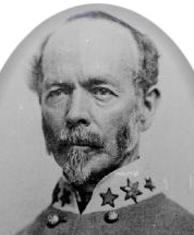 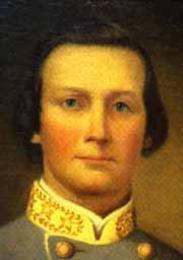 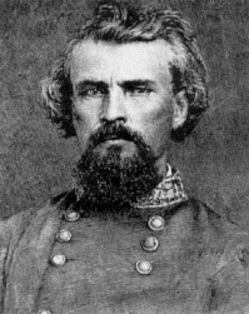 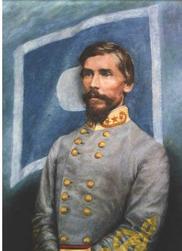